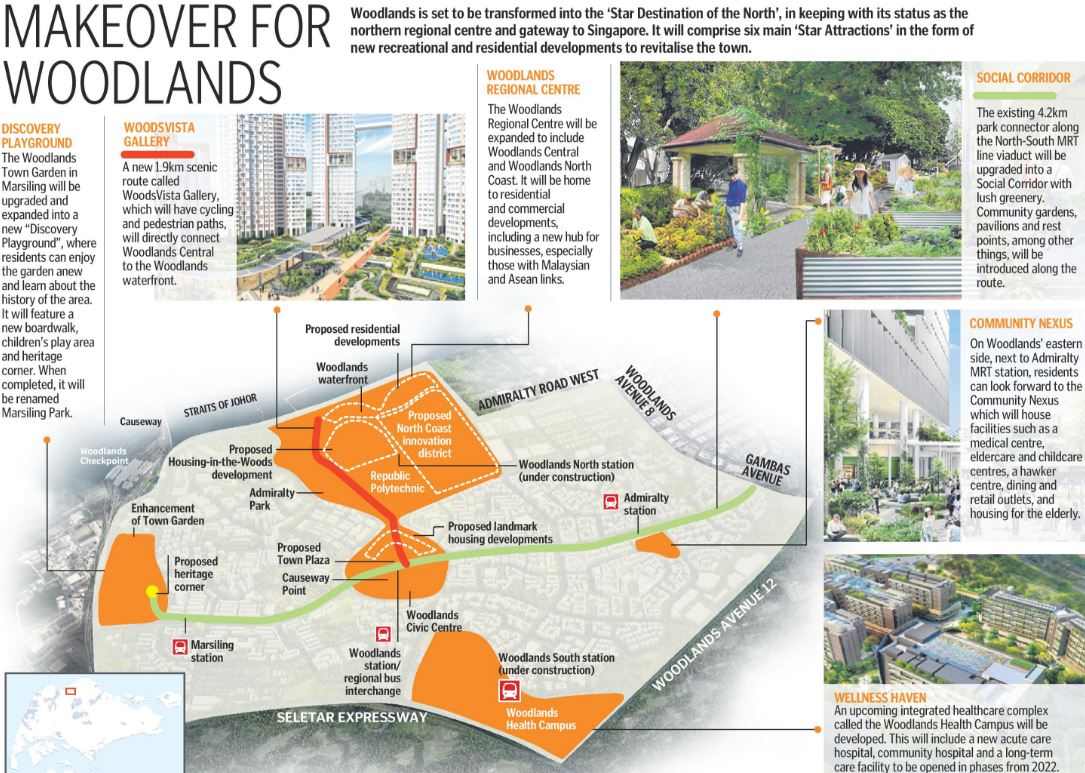 Woodlands could get almost 10,000 new dwelling units as part of the Housing Board’s Remaking Our Heartland (ROH) programme, which is poised to transform the entire town into a “Star Destination of the North”.

The Woodlands Central homes, to be integrated with commercial and community facilities, will be built near Woodlands MRT station. The authorities have yet to decide if these will be public or private units.

The HDB listed six “star attractions” to be rolled out in the 1,198ha town…

“Property market bears expect slower population growth, an ageing population, and a structural growth slowdown to weigh on the long-term property market outlook,” the bank said. “We disagree and believe home prices will double by 2030.”

That implies a 5 to 6 percent increase per annum and would mark a reversal from a long downtrend in home prices.

The bank expected sales volume would surge this year, with the increases in transaction volumes to spur prices higher next year.

Malaysian developer S P Setia submitted the highest bid of $265 million for the plot, which works out to $939 psf per plot ratio (psf ppr).